iMore.com has published a new article entitled  “Touch ID takes hardware security to new levels – Here’s how, why, and what it means!” that explains the iPhone 5S’ Touch ID and the new security measures that Apple has in place that were previously undiscovered.

We found ourselves in an odd situation during a post test diagnosis on a Colour Lab’d iPhone 5S where the Touch ID sensor would no longer work.

This particular Colour Lab had a different colour Home button and during the process we thought it would be easier to move the whole button with Touch ID sensor cable assembly to the new front than it would be to remove the Touch ID sensor from the button itself.

During the post test diagnosis the Touch ID setup continually went to a screen that said:

“Failed. Sorry the operation was not succesful. Please go back and try again.” 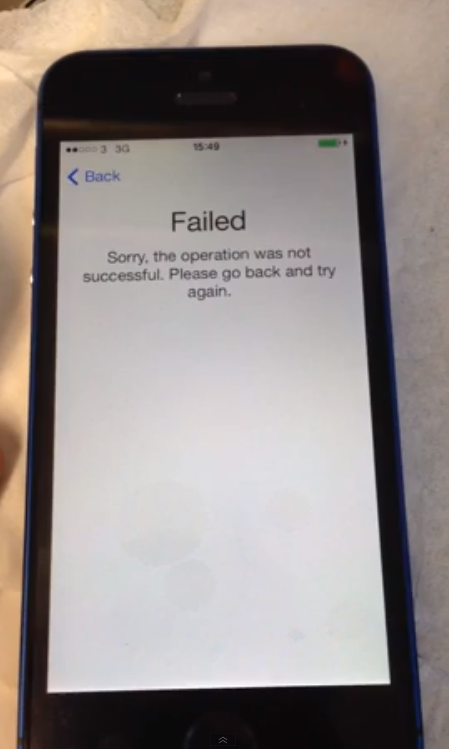 We spent a lot of time disassembling the iPhone, checking every single connection and then reassembling and testing again. We initially put it down to a hardware fault and a possible error during reassembly.

The penny then dropped – this was the first Colour Lab with a different coloured Home button!

We then took the original Home button assembly and tried that and it worked.

These left us very happy that we had figured out the problem but also very confused and a slight bit worried.

We felt confused because it makes no immediate sense for Apple to tie the Touch ID sensor to the unique logic board inside each iPhone.

Apple has already stated that fingerprint data is stored on the A7 chip in a Secure Enclave that is only accessible by the sensor itself.

We ran a couple of tests and found some surprising results.

Testing the iPhone 5S with any other Touch ID sensor than the original one and Touch ID would not work – it failed instantly.

Whilst we will leave the security side of this up to the experts there is some interesting information here for the repair world.

In a nutshell – if you break the original Touch ID sensor then that iPhone 5S will not have Touch ID function any longer.

We’re glad that we’ve been able to find this and bring it to the attention of the world. It’s great to see the lengths that Apple go to time and time again to create products that are leagues ahead of the ‘competition’.

iPhone Screen Repair in 2017 – What You Need To Know, Our Promise to You and the Dangers of Aftermarket Screens

Has your iPhone 5 died and won’t charge or come back on? We can fix that!

buymyi has launched – Recycle your device for the best price