So far emerging leaks of the upcoming iPhone 5S have pointed to three colour variants being the standard White, Slate Black and the new ‘Gold’.

We believe there is a possibility that the upcoming iPhone 5S will come in two colour variations, a slightly lighter Slate Grey and Light Gold.

With the iPhone 5S being released in these 2 colours and the iPhone 5C in basic colours would pit the 5C against other leading brands such as the Samsung Galaxy range. Leaving the iPhone 5S in a league of it’s own!!

An observation from us here, have we seen any links related to a Black iPhone 5C? No, we haven’t.

Maybe… just maybe, Apple are not having a black iPhone 5C? Maybe there won’t be a black iPhone at all, black being replaced with the light slate in the above photo (second from the left). This would certainly look better with any wear and tear as scratches would show the raw silver aluminium which is closer to the new colour than the old slate.

This is a photo of the side buttons for the upcoming iPhone 5S, take a look. 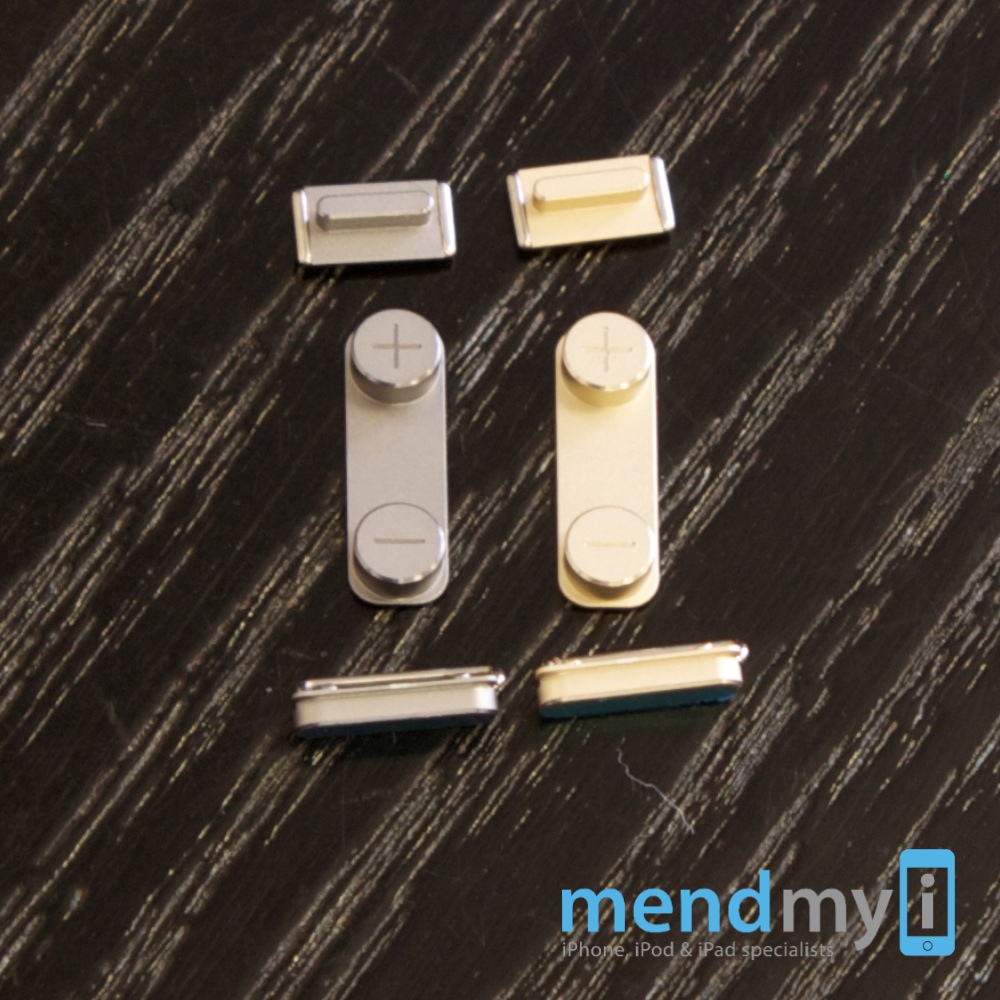 As you can see from the above photo, the rumours of a garishly Gold are out of the window and going by how Apple design with simplicity, subtleness and class it makes total sense.

I couldn’t imagine a world where Apple released a product with (what I would deem) lack of thought for the wider audience.

(iPhone 5S parts are the central two, either side are the current genuine iPhone 5 buttons) 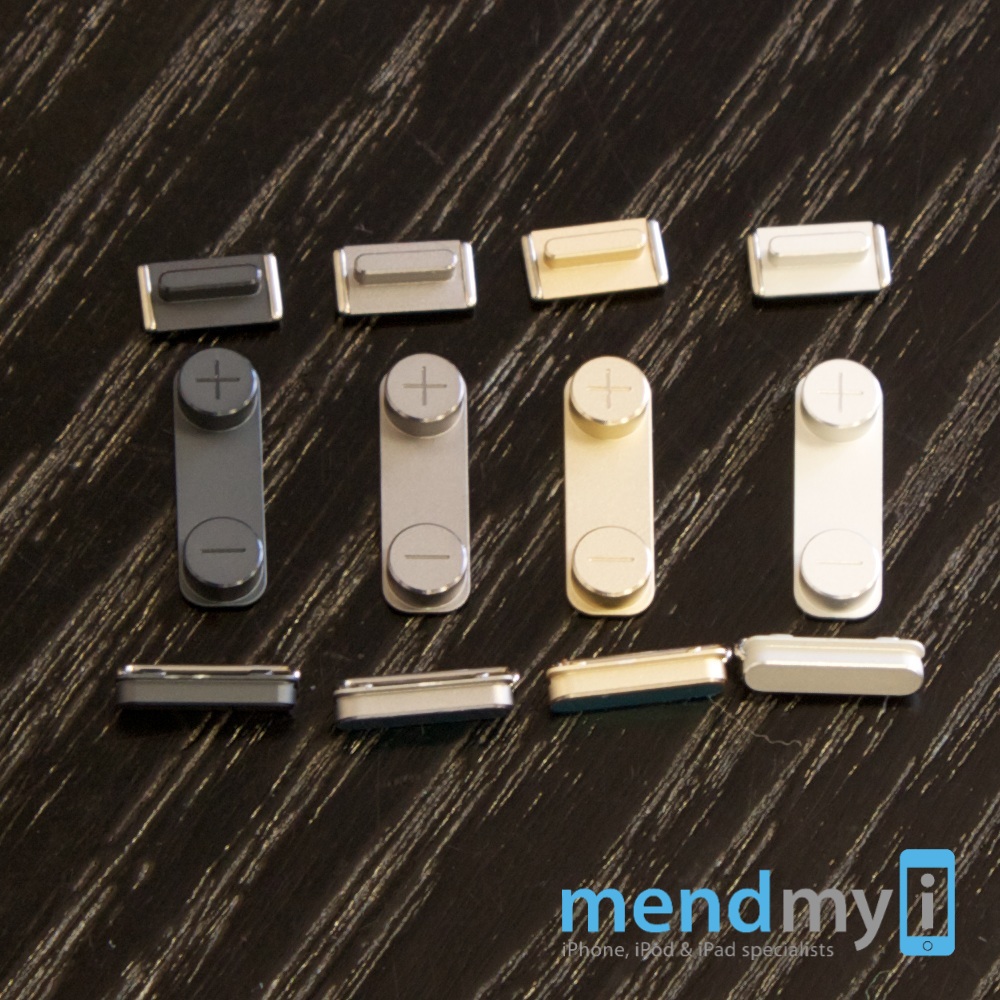 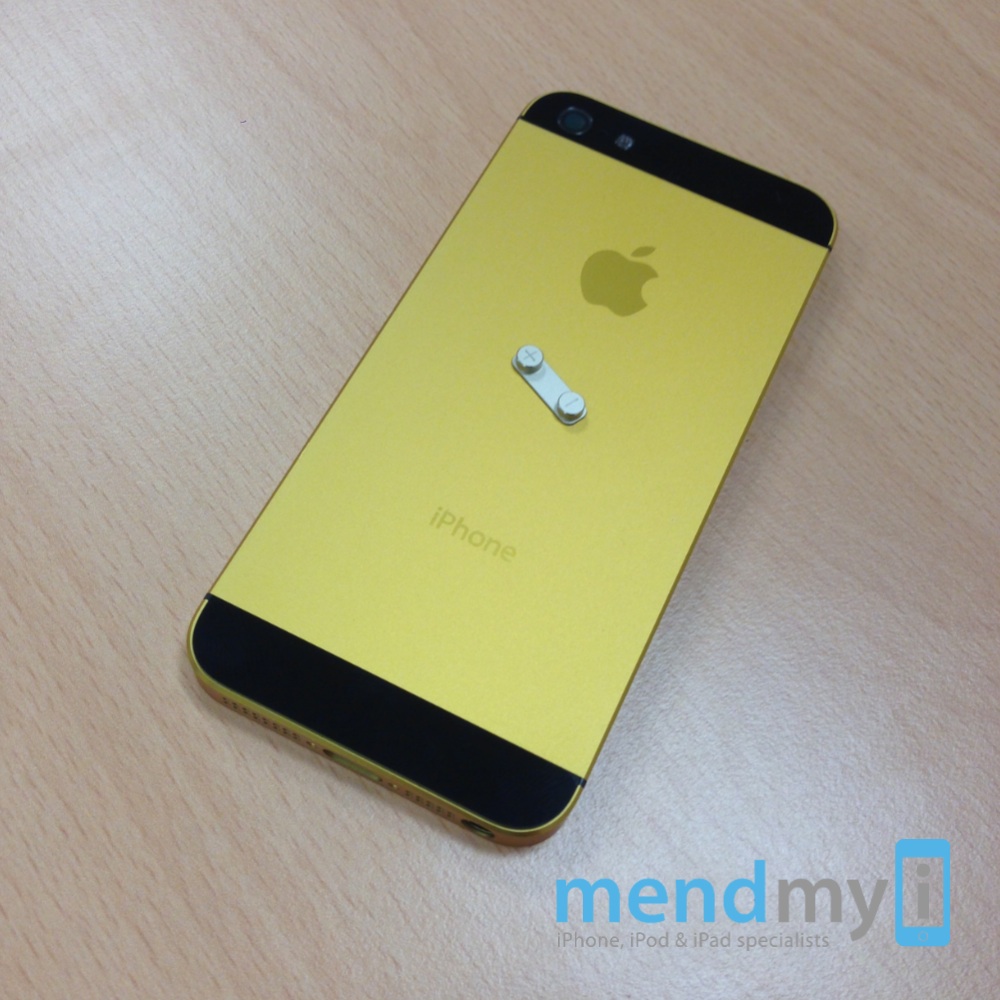 Here is a picture of the iPhone 5S ‘Gold’ volume buttons on top of an iPhone 5 housing that has been gold plated with real gold. 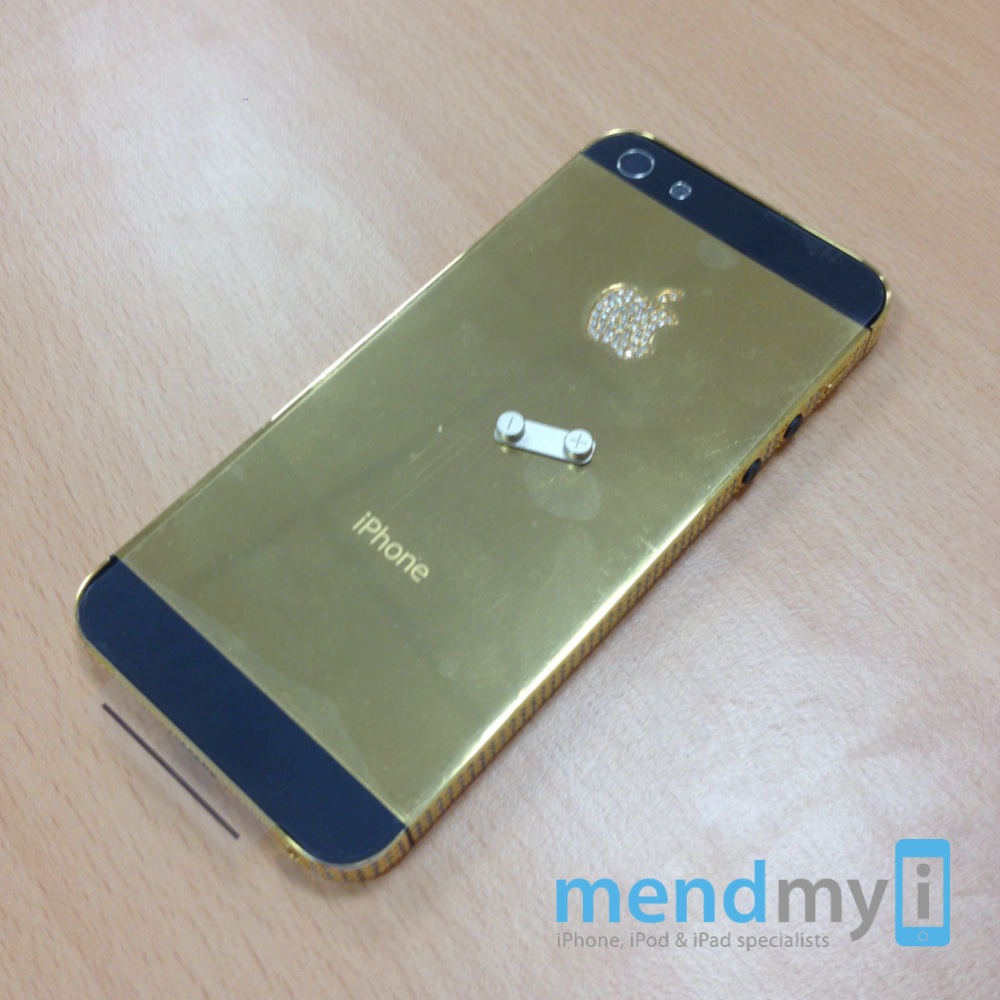 From the information we can gather there only appears to be 2 colour variants of the iPhone 5S  and the colours are both pictured here.
It seems that Apple is letting the cheaper iPhone 5C adopt the ‘colourful’ appeal and Apple are redefining the aluminium iPhone 5S to be more up market.
Of course we won’t know for sure until next month but these colours give proof for real food for thought.
Previous
Next
Related Posts

iPhone Screen Repair in 2017 – What You Need To Know, Our Promise to You and the Dangers of Aftermarket Screens

Has your iPhone 5 died and won’t charge or come back on? We can fix that!

buymyi has launched – Recycle your device for the best price